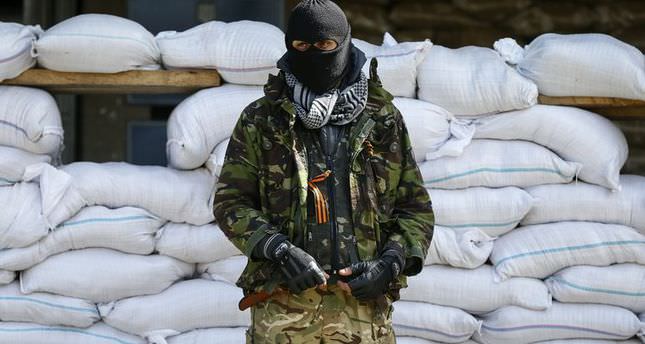 by Anadolu Agency
Apr 20, 2014 12:00 am
Kiev — The self-declared leader of pro-Russian separatists in eastern Ukraine, Denis Pushilin, has said that he does not consider his men to be bound by an agreement between Russia and Ukraine to disarm and vacate occupied buildings.
"Sergei Lavrov did not sign anything for us, he signed on behalf of the Russian Federation," Pushilin, head of the self-declared Donetsk People's Republic, told journalists in Donetsk on Friday.
Pushilin said his men will only consider leaving public buildings when the government in Kiev does the same. He said he was continuing preparations for a referendum on increased autonomy from Kiev on May 11.
His comments came a day after the United States, European Union, Russia and Ukraine reached an agreement in Geneva on immediate steps to be implemented to ease the crisis in Ukraine.
Last Update: Apr 20, 2014 12:22 pm