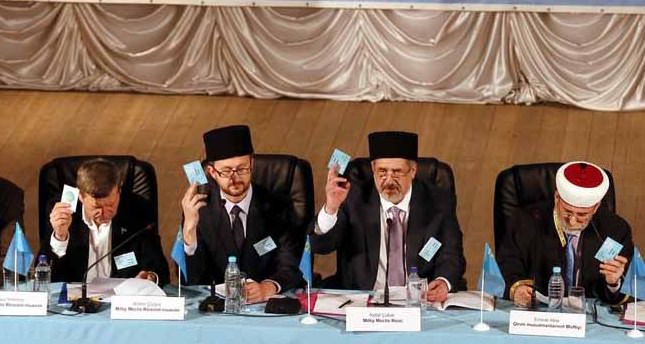 The Mejlis agreed to apply to the Kiev government to provide a polling station in the Kherson province of southern Ukraine for the Crimean Tatars. Russia annexed Crimea after a political crisis in Ukraine. The crisis estranged Moscow from a new government in Kiev that replaced pro-Russian president Viktor Yanukovych following months of popular protests.

Ukraine's mostly Russian-speaking east appears as the current flashpoint of the ongoing conflict between Russia and the West over Kiev's allegiances.