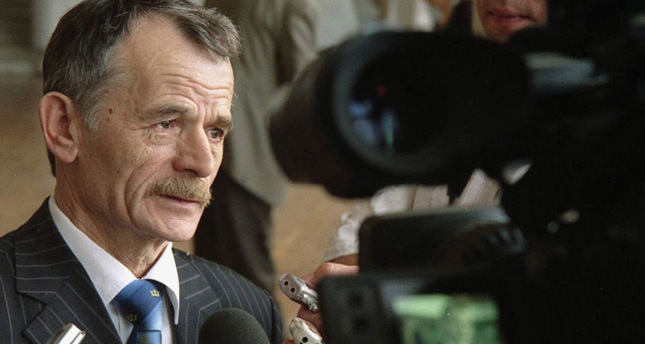 by French Press Agency - AFP
Apr 22, 2014 12:00 am
KIEV — Russia on Tuesday banned the leader of Crimea's pro-Kiev Tatar community from entering the Black Sea peninsula for five years, the Tatar assembly said in a statement.

Crimean Tatar leader Mustafa Kırımoğlu (Dzhemilev) was handed an official order barring him from returning to Crimea as he crossed to mainland Ukraine from the territory that Moscow controversially annexed last month, the statement said.

Tatar leader Mustafa Kırımoğlu arrived to Crimea on Saturday as a first visit following the annexation of Ukraine to Russia. The order is issued on his leaving from Crimea.