US to act 'in days' if no Russian action in Ukraine 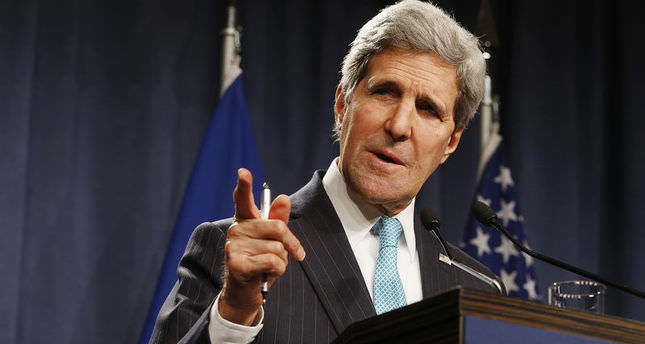 by Apr 22, 2014 12:00 am
WASHINGTON — The United States' government said on Monday it will decide "in days" on additional sanctions if Russia does not take steps to implement an agreement to ease tensions in Ukraine reached in Geneva last week.

Some U.S. lawmakers have been clamoring for President Barack Obama's administration to impose stiff new sanctions on Russia's energy industry and major banks to encourage President Vladimir Putin to withdraw troops from the Ukrainian border and discourage further Russian incursions into Ukrainian territory.

Some members of Congress have made it clear they do not believe sanctions already in place - such as travel restrictions on individuals announced by the Obama administration - will stop Moscow.

Washington and Moscow each put the onus on the other to ensure tensions are eased in the worst confrontation between Russia and the West since the Cold War.