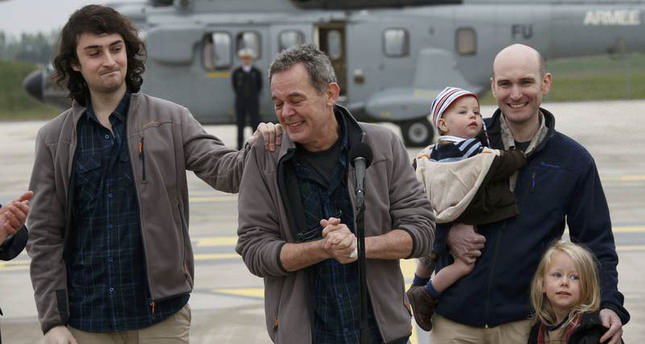 by daily sabah
Apr 23, 2014 12:00 am
ISTANBUL — French media reported that it was Turkish intelligence (MIT) that rescued four French journalists last week from kidnappers in Syria.

Edouard Elias, Didier François, Pierre Torres and Nicolas Henin were kidnapped 10 months ago while they were in Syria to cover the ongoing conflict between rebels and the Bashar al-Assad regime.

Initial reports said four men were found near the Syrian-Turkish border after they were dumped by their abductors there. But new reports emerging in the French media show that French intelligence cooperated with Turkey's National Intelligence Organization (MİT) in their rescue.

Turkish intelligence, which has comprehensive knowledge of Syria, arranged a plan to rescue the four men and carried out the plan last week, though no details on how the journalists were saved surfaced.