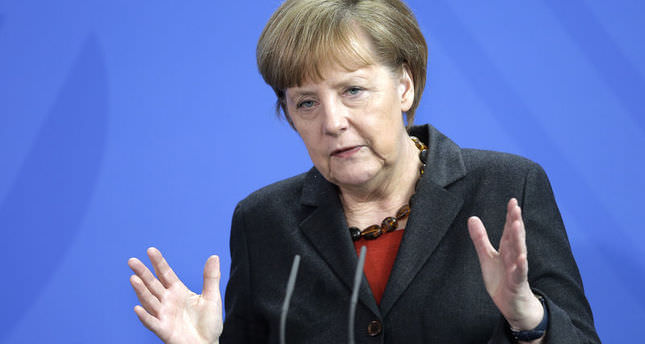 by reuters
Apr 25, 2014 12:00 am
BERLIN — Germany's Angela Merkel told Russia's Vladimir Putin in a call on Friday she is gravely concerned about eastern Ukraine and expects Russia to honour the agreement struck in Geneva and urge pro-Russia militia to disarm, her spokesman said.

German government spokesman Steffen Seibert also told reporters on Friday that Russia had done nothing to implement the agreement.

"Whoever follows events realistically and clearly must conclude.... that what has happened since the Geneva agreement, particularly from the Russian side or from the side of the pro-Russian separatists is absolutely disappointing. Russia had the chance, and still has the chance, to state its support for the Geneva deal and use its considerable influence in eastern Ukraine. None of this has happened."