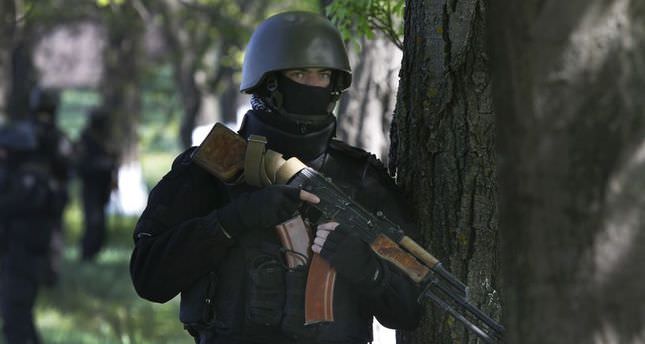 by AA Apr 26, 2014 12:00 am
GENEVA — Leaders of the Group of Seven major economies agreed to impose extra sanctions on Russia over its intervention in Ukraine.

In a joint statement, the G7 leaders said Russia had not taken any concrete steps to implement an accord, signed in Geneva, that was intended to rein in illegal armed groups.

"Instead, it has continued to escalate tensions by increasingly concerning rhetoric and ongoing threatening military maneuvers on Ukraine's border," it said.

But it added: "We underscore that the door remains open to a diplomatic resolution of this crisis."

The United States said its part of the new punitive measures, which U.S. officials said would target "cronies" of Russian President Vladimir Putin, could be unveiled as early as Monday unless Russia moved fast to defuse the Ukraine crisis.

Russia denies it is to blame for the crisis in eastern Ukraine, where armed pro-Russian separatists have taken control of about a dozen officials buildings are defying the rule of the Western-backed government in the capital, Kiev.

Russia has massed troops and helicopters on the border with Ukraine where it says they are conducting exercises, while NATO has deployed extra forces in eastern Europe, saying they are needed to reassure its allies.