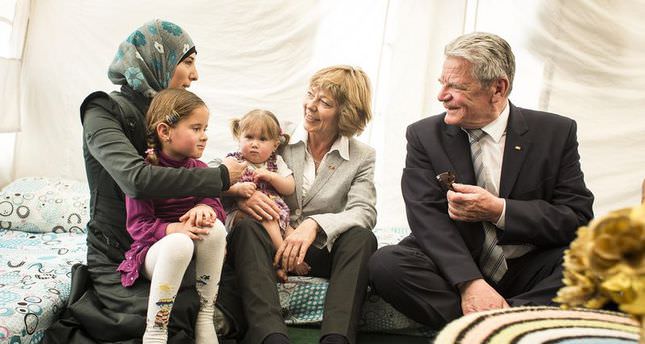 by AA Apr 27, 2014 12:00 am
KAHRAMANMARAS — The number of Syrian refugees to Germany should be increased, Germany's Integration Minister of Turkish origin Aydan Özoğuz has said.

Minister Özoğuz's comments on Sunday came as he accompanied German President Joachim Gauck to a refugee camp hosting more than 15,000 Syrian civilians in the southeastern Turkish province of Kahramanmaraş.

Özoğuz said that Germany should also intensify its aid to Syrians and consider increasing its financial aid. "We have promised to bring 10,000 Syrians to Germany, but we could not bring even 5,000 of them," said Özoğuz.

More than 200,000 Syrians have taken shelter in Turkey's refugee camps.

A total of 432,769 Syrian citizens have entered the refugee centers to date and 222,411 have since returned to Syria, according to a report by the Center for Middle Eastern Strategic Studies.