Obama on Ukraine: 'World is united against Russia' 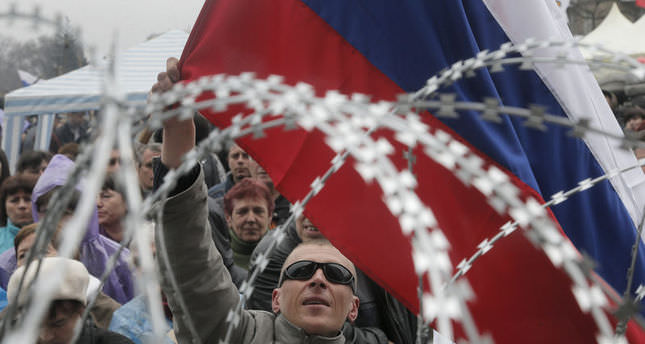 by Anadolu Agency Apr 27, 2014 12:00 am
KUALA LUMPUR — President Barack Obama argued on Sunday the United States will be in a stronger position to deter Putin once he sees the world is unified in sanctioning Russia.

The U.S. president also said that Russia isn't abiding by a deal reached to de-escalate the conflict.

At a press conference in Malaysia on Sunday, Obama said fresh international sanctions against Russia would send a message for it to halt its "provocation" in eastern Ukraine.

"It is important for us to take further steps sending a message to Russia that these kinds of destabilizing activities taking place in Ukraine has to stop," Obama said at a press conference in Malaysia.

The U.S. president rejected Russia's portrayal of Ukraine crisis through a Cold War prism that pits Washington against Moscow, claiming that the real issue is Ukraine's independence and sovereignty.

His comments come the day after the G7 nations announced new sanctions against the country which could be implemented within days. The group of countries said Moscow had not acted