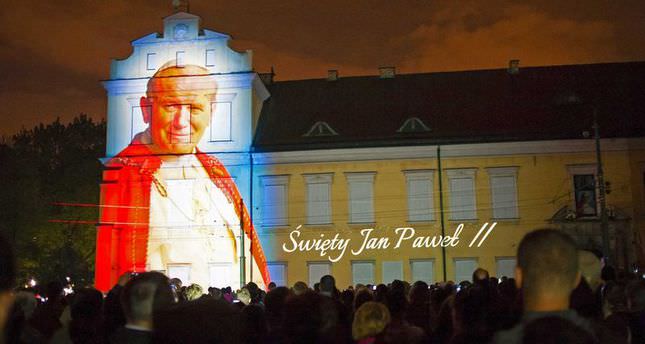 by Apr 27, 2014 12:00 am
VATICAN CITY - Pope Francis proclaimed two of his predecessors, Popes John XXIII and John Paul II as saints of the Roman Catholic Church on Sunday at a ceremony in Saint Peter's Square attended by hundreds of thousands of faithful from around the world.

Francis read the formal proclamation at a canonization Mass which was also attended by former Pope Benedict, who resigned last year.