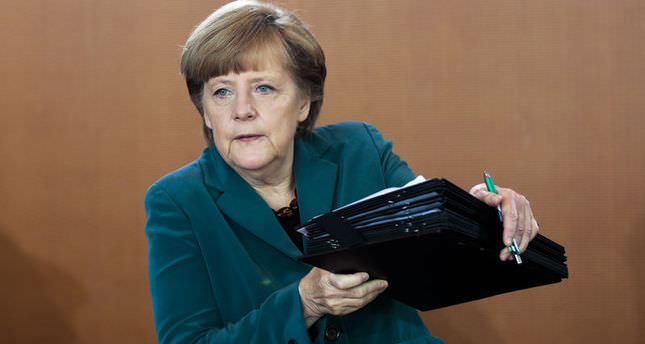 by AA May 01, 2014 12:00 am
BERLIN - The German government has prepared a draft legislation to stop the influx of asylum seekers from Balkan countries, sparking fierce criticism from refugee organizations.

Chancellor Angela Merkel's Cabinet decided Wednesday to include Serbia, Bosnia-Herzegovina and Macedonia in the list of "safe countries of origin," claiming that no political persecution, torture, other forms of inhuman and degrading treatment exist in these countries.
The proposed legislation, which still needs to be approved by the parliament, would empower German officials to quickly evaluate asylum applications filed by citizens of these countries and reject the applications of those believed to be seeking merely economic opportunities.
Last Update: May 01, 2014 2:10 pm
RELATED TOPICS