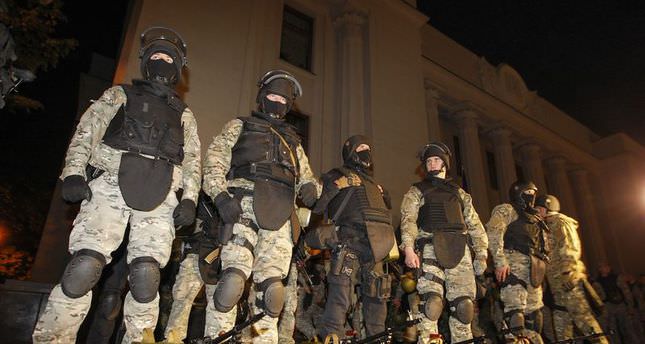 by May 01, 2014 12:00 am
KIEV - Ukraine detained Russia's military attaché to Kiev on suspicion of spying and ordered the diplomat to leave the country, reports said on Thursday, as the former Soviet republic wrestles with a pro-Russian armed uprising in the east.

The ministry could not immediately be reached for comment.