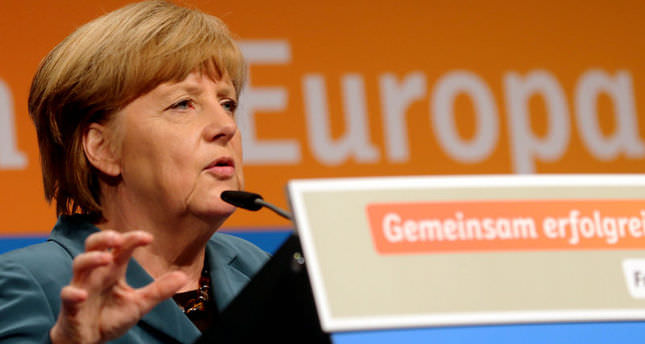 For the first time since it emerged her mobile phone may have been monitored for years by the US, Angela Merkel is visiting the White House

GERMANY – Ukraine will be the focus of the talks but the spying scandal is also set to loom large when the German Chancellor meets President Obama later on Friday.

Berlin is frustrated by Washington's refusal to come clean about the full extent of its surveillance activities.

"For the Americans, the NSA affair was just a little accident, whereas for the Germans it was a nuclear event," she said.

"And now the Americans need to understand that the German government in general and the German Chancellor in particular are demanding answers to the long list of questions they have asked."

Despite the recent rocky patch, the German-American Friendship Garden in Washington,established by Ronald Reagan and Helmut Kohl in 1983, remains in full bloom.

Who knows… maybe it could inspire the transatlantic partners to overcome their differences, heal wounds and reach a new understanding

"Today Barack Obama and Angela Merkel still need to rebuild trust and warmth. Whether issues like Ukraine and the NSA scandal can allow that, remains to be seen."