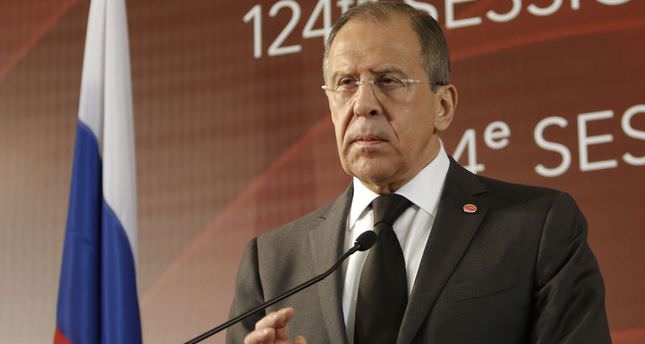 by AA May 07, 2014 12:00 am
VIENNA — Ukraine should make a new constitution that redefines presidential powers before going to polls on May 25, Russian Foreign Minister Sergei Lavrov said on Tuesday.

At a Council of Europe meeting in Vienna, Lavrov said holding elections before making a national dialogue-based constitutional reform would escalate violence in Ukraine.

He said no election should be held amid clashes in the country's Russian-speaking regions.

For his part, Ukraine's acting Foreign Minister Andriy Deshchytsia said, "We want international observers to be sent so that the elections will be held in a democratic and free atmosphere."

"Ukraine's priority is the presidential elections and eliminating Russia's threats," he said.

Separately, 8 people were killed and 16 wounded in a clash between Ukrainian security forces and pro-Russian separatists near Slavyansk, Donetsk health authorities confirmed Tuesday.

The statement said the wounded were in critical condition.

Ukraine's security forces stepped up operations in the country's east to recapture government buildings and police stations in the hands of armed pro-Russian groups.

Kiev has accused Russia for the occupation of buildings while Russia denies responsibility.