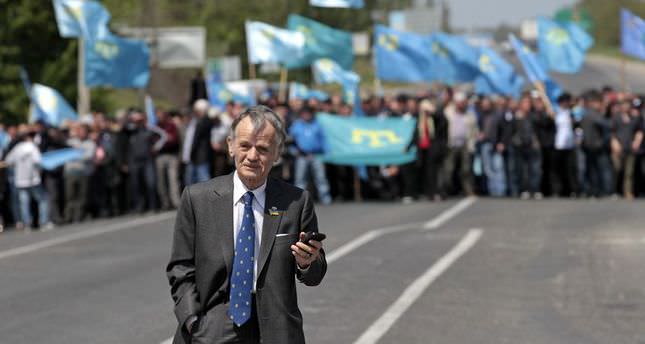 by AA May 09, 2014 12:00 am
VIENNA — Russian authorities in Crimea are forcing the population to become Russian citizens, Crimean Tatar leader Mustafa Dzhemilev said on Thursday.

He said those who refuse would be considered foreigners in the land, losing their civil and political rights and being required to obtain residence permit to stay in the peninsula.

On March 21, Russian President Vladimir Putin signed into law the annexation of Crimea following a referendum.
Dzhemilev said Crimean Tatars would continue their struggle against what they consider to be "invaders" – Russian forces in the peninsula.

"We do not approve of the use of arms and spilling blood and the Crimean citizens will continue their movement for independence through democratic ways," he said.

Around 97 percent of voters chose to secede from Ukraine and join Russia in the March 16 referendum. The United States, the European Union and Ukraine regard the vote as illegitimate.