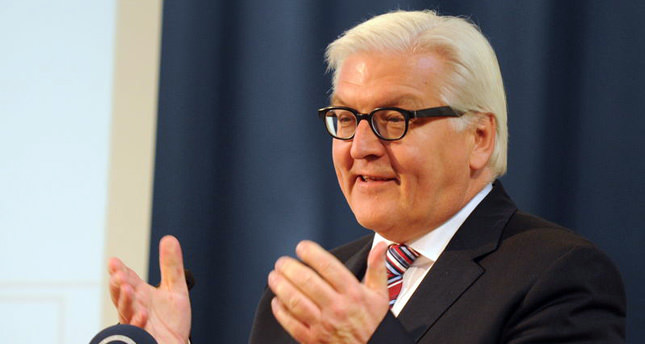 by AA May 10, 2014 12:00 am
BERLIN — Turkey has a long path ahead on judiciary and democracy and should not abstain from critics, says German FM.

German Foreign Minister, Frank Walter Steinmeier reaffirmed Saturday his support for Turkey on the opening of Chapter 23 – Judiciary and fundamental rights – during its accession into European Union.

Delivering a speech at the 10th session of Turkish-German Society, Steinmeir said Turkey and Germany have deeply rooted relations and that Germany's affirmative stance in 2005 paved a way for the negotiations between Turkey and the EU.

Neither European Union nor Germany are excellent, stated the German foreign minister, adding Turkey has a long path ahead on judiciary and democracy and should not abstain from critics.

Turkey began negotiations with the EU in 2005. It must comply with all 35 chapters to become a member. So far, only 14 negotiating chapters have been opened while 16 remain blocked due in part to the ongoing dispute over Cyprus.