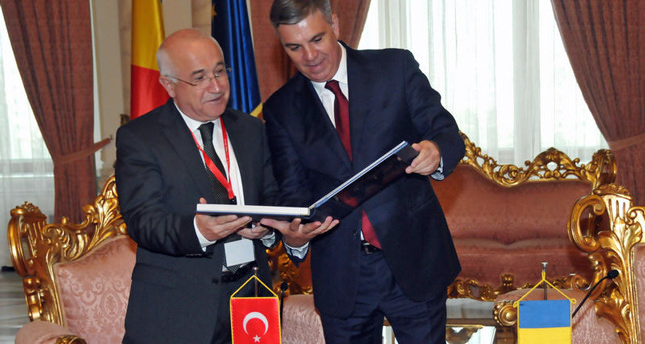 by AA May 11, 2014 12:00 am
BUCHAREST — Turkey's Parliament Speaker Cemil Çiçek said Saturday Turkey supports a solution for Ukraine which is compatible with international agreements and within the frame of democratic principles.

He said the solution should contribute to preserving the country's independence, sovereignty, territorial integrity, and political unity.

"We care deeply about the safety and welfare of Crimean Tatars who experienced great pains in history. Therefore we believe Turkey's dialogue with Russia is also significant," he added.

Çiçek noted that the South-East Europe Cooperation Process was the only forum reflecting the free voice and common will of Balkan countries.

"We, as part of the Balkans, expect (the Balkans) to be the heart of Europe," he said.

Çiçek suggested the forum should have a permanent secretariat and said Turkey was ready to host it and meet its expenses for five years.

The parliament speaker also had bilateral discussions with his counterparts attending the parliamentary meeting in Bucharest, which will end on Sunday.