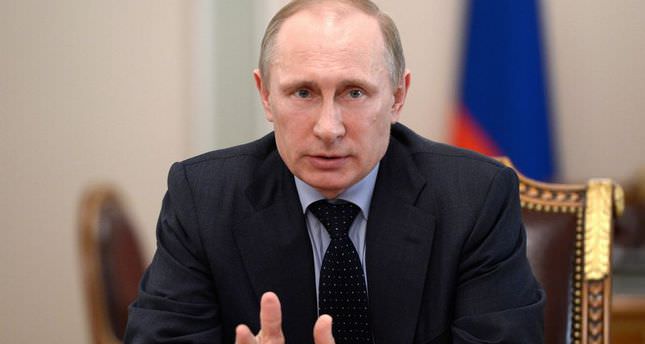 by Anadolu Agency May 13, 2014 12:00 am
MOSCOW — Russia said on Tuesday new European Union sanctions will hinder efforts to defuse the crisis in Ukraine and urged the West to persuade Kiev to hold discussions on the country's future structure before a May 25 presidential election.

The results of self-rule referendums in the mainly Russian-speaking eastern regions of Donetsk and Luhansk "should be a clear signal to Kiev of the depth of the crisis" in Ukraine, the Russian Foreign Ministry said in a statement.

The Kremlin has stopped short of endorsing independence for the regions or their absorption into Russia but has said the referendums underscore the need for talks between the pro-Western government and separatists from the east.

"Moscow hopes ... the EU and United States will use their influence on the current leadership in Kiev so that issues of state structure and respect for the rights of regions are discussed soon - in any case before the election scheduled for May 25," it said.

Russian President Vladimir Putin has suggested the Ukrainian election, which the government hopes will increase its legitimacy and control, will not be legitimate if people in the east are not confident their rights will be protected.

The EU imposed sanctions on two Crimean companies and 13 people on Monday in response to Moscow's annexation of the Black Sea peninsula from Ukraine and its support for Russian-speaking separatists.