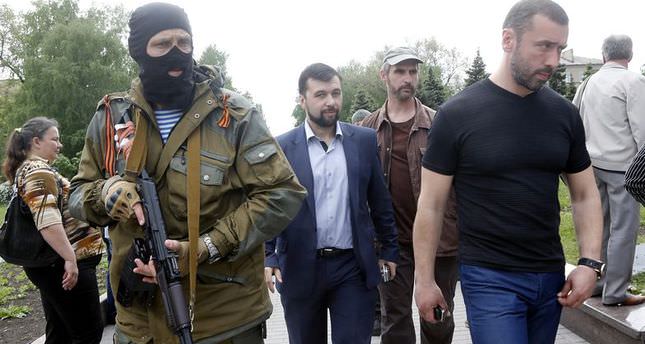 by AA May 13, 2014 12:00 am
DONETSK — The claimed "Donetsk People's Republic" announced Tuesday that they would exclude certain world leaders, two days after controversial referendums were held in provinces in eastern Ukraine.


The referendums on "self-rule" were held on Sunday, while the region was under occupation by pro-Russian separatists, who seek to 'reunite' two regions of eastern Ukraine with Russia.