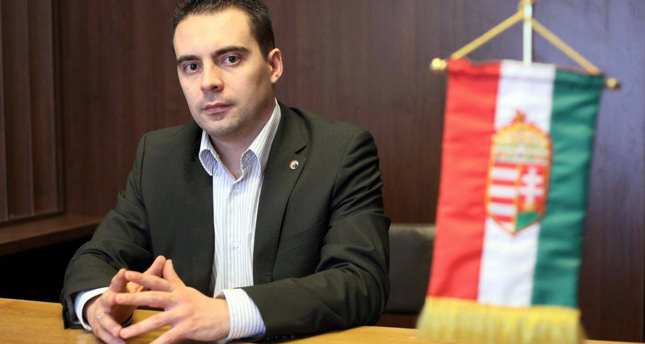 by AA May 15, 2014 12:00 am
BUDAPEST — Hungary's opposition party is proud of Turkey's economic growth whereas some European countries are concerned about its development and growth, Gabor Vona, the leader of the Hungarian nationalist political Jobbik party, told AA in an interview on Thursday.

"We consider if a Muslim country has the right to comment on global policy, it will have a worldwide affirmative impact," said Vona.

Touching on the anti-graft operation that led to the arrests of a number of senior figures close to the government last year, the Hungarian leader said he felt sympathy for the Turkish government and its administrators.

Vona added that global powers want to destabilize Turkey, but said he and his party were gratified that Turkey had overcome this attempt with success.