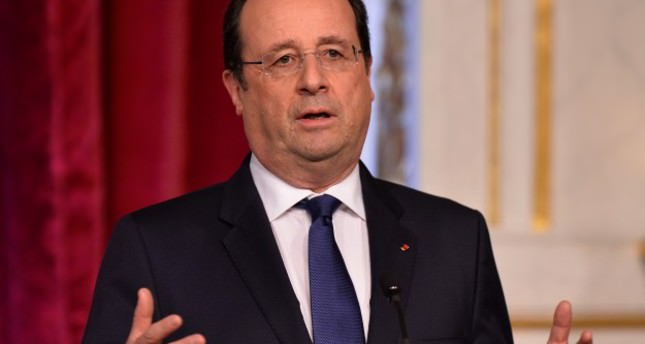 by AA May 15, 2014 12:00 am
PARIS — The French government has approved a new law which will allow it to approve or veto foreign takeovers of "strategic" sectors in an act dubbed "economic patriotism" by one minister.

The new law might become a roadblock to General Electric's US$17 billion bid for Alstom's energy assets – one of the France's largest engineering firms.

France's official state gazette published the new decree on Thursday after it was signed late on Wednesday by Prime Minister Manuel Valls.

The measure covers energy, water, transport, telecoms and health sectors. It is an extension of a 2005 law relating to defense and other industries.

Industry Minister Arnaud Montebourg told the Le Monde newspaper that the decree "as a protective measure of France's strategic interests is a renewal of France's powers".

"The choice we have made, with Prime Minister Manuel Valls is the choice of economic patriotism," he added.

Partly state-owned, Alstom's market value is about 8.3 billion euros (US$11.5 billion) and has investments worldwide. Between 2012 and 2013 Alstom claimed to have annual sales of 20.3 billion euros and employed approximately 93,000 people in around 100 countries.

In 2004, the French government increased its share in Alstom to 21 percent to help the company, which was then in a difficult financial position.

Alstom's energy division makes up to 70 percent of the company's total profit; it employs nearly 18,000 people.