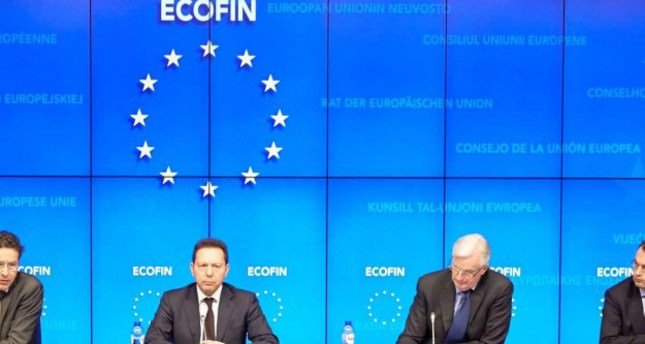 by AA May 16, 2014 12:00 am
PARIS — The European Commission warned France on Thursday on resorting to protectionism over a new French law which will allow the government to approve or veto foreign takeovers of "strategic" sectors.

The EU comission is set to review the new law to see if it is in line with EU rules and to make sure it does not amount to protectionism.
"The law will be examined very thoroughly against the backdrop of European legislation," said Michel Barnier, EU Finance Markets Commissioner.

It could be a "possible limitation to the free movement of capital", he added.

The French new law, seen by French Industry Minister Arnaud Montebourg as an act of "economic patriotism", might become a roadblock to General Electric's $17 billion bid for Alstom's energy assets – one of France's largest engineering firms.

The partly state-owned Alstom's market is valued at about 8.3 billion euros ($11.5 billion) and has investments worldwide. Between 2012 and 2013, Alstom claimed to have annual sales of 20.3 billion euros and employed approximately 93,000 people in around 100 countries.

In 2004, the French government increased its share in Alstom to 21 percent to help the company, which was then in a difficult financial position.

Alstom's energy division makes up to 70 percent of the company's total profit and employs nearly 18,000 people.

The new law, which is an extension of a 2005 law relating to defense, covers energy, water, transport, telecommunications and the health sector.