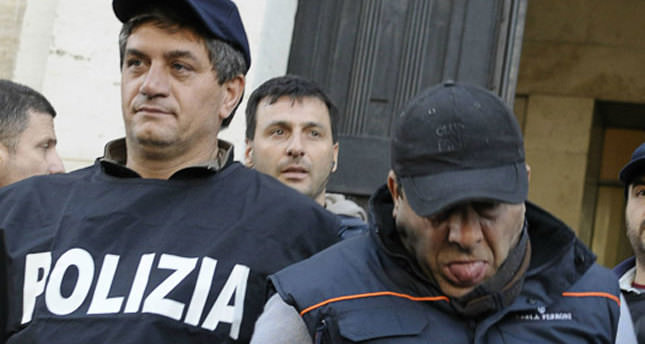 by May 16, 2014 12:00 am
ROME — A leading member of the Camorra, the Neapolitan branch of the Italian Mafia, has been arrested in Romania, Italian Interior Minister Angelino Alfano said Friday. Vincenzo Cesarano was arrested in Calarasi, 125 kilometers away from Budapest, in a joint Italy-Romania police operation that also involved Interopol, Alfano said.

"Another important result for State action against organized crime," he said.

Alfano described the captured mobster as one of Italy's "most dangerous fugitives," while Italian media reported that Cesarano was on the interior ministry's list of the top 100 wanted criminals. Cesarano was the subject of an international arrest warrant issued by a Naples judged for attempted racketeering.