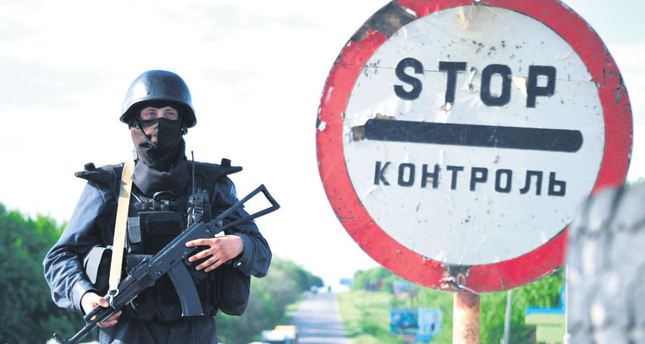 Human rights violations have escalated in eastern Ukraine and serious problems are emerging in Crimea, United Nations monitors said in a report released on Friday

GENEVA — The 34-strong U.N. monitoring mission's report, which covered the period from April 2 to May 6 and which Russia criticized as politically motivated, said police and local authorities in eastern Ukraine connived in illegal acts and the takeover of towns by armed groups, undermining the rule of law.

The U.N. findings echoed a statement published on Monday by the Organization for Security and Cooperation in Europe, whose experts had identified "a significant number of serious human rights violations" during a visit to Ukraine in March.

Ukraine is preparing to hold presidential elections on May 25 and the U.N. monitors said a fair and democratic ballot would be an important factor in helping to calm the situation. But several candidates had reported intimidation and attacks and the monitoring mission said it had concerns about their security. "Those with influence on the armed groups responsible for much of the violence in eastern Ukraine (must) do their utmost to rein in these men who seem bent on tearing the country apart," U.N. human rights chief Navi Pillay said in a statement accompanying the report.

The U.N. report also cited a "wave of abductions and unlawful detentions" of journalists, activists, politicians, representatives of international bodies and members of the military. Russia's Foreign Ministry said the report lacked any semblance of objectivity, and accused its authors of following "political orders" to whitewash the pro-Western leadership, while ignoring "the crudest violations of human rights by the self-proclaimed Kiev authorities".

The report said the U.N. monitors were trying to verify reports of abuses by Ukrainian government forces, and said it had credible reports of people being detained by the army in a way that amounted to forced disappearances.

In Berlin, German Chancellor Angela Merkel's spokesman Steffen Seibert said the OSCE report did not support Russia's contention that the rights of Ukraine's Russian minority were being violated. "There is atmosphere of intimidation and discrimination, many people in Ukraine are suffering potentially life-threatening legal problems if they don't take up Russian citizenship," Seibert told a news conference.
Gianni Magazzeni, head of the U.N. human rights office's Americas, Europe and Central Asia branch, said there was no evidence to justify concern for Russian-speaking people in Ukraine and the U.N. report aimed to show where the major human rights concerns were, which was mainly in areas under the power of armed groups in the east of the country.

U.N. Assistant Secretary-General Ivan Simonovic said Russia had presented a "White Book" detailing its concerns about human rights. He said the U.N. was paying equal attention to all allegations, and reported on them if they were considered serious.

Referring to Crimea, the U.N. monitors expressed concern about the treatment of journalists, sexual, religious and ethnic minorities, AIDS patients and citizens who had not applied for Russian citizenship, who faced harassment and intimidation.

The report included recommendations for the government in Kiev and authorities in Crimea, but said nothing about what Russia could do to help calm the situation.

Magazzeni said the monitors were acting in line with a resolution of the U.N. General Assembly, and declined to say what Russia should do.

The report was the second by the UN monitoring mission. The first, released on April 15, found ethnic Russians in eastern Ukraine had falsely claimed to be under assault to justify Russian intervention.