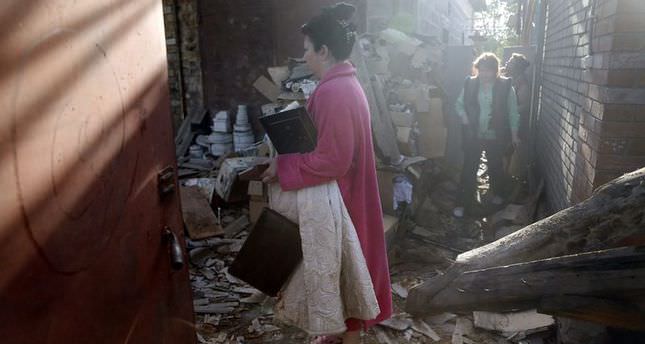 by AA May 20, 2014 12:00 am
GENEVA — 10,000 internally displaced people in Ukrainee estimated to have fled their homes in Ukraine, the UN refugee agency, UNHCR said on Tuesday.

Even before the March referendum in Crimea, displacement in Ukraine had started and has been rising gradually since then, UNHCR spokesman Adrian Edwards said in a press conference on Tuesday at UN headquarters in Geneva.

"We are seeing a continuing steady rise in internal displacement in Ukraine, which is now estimated to be affecting some 10,000 people in the country," UNHCR spokesman Adrian Edwards said in the press conference on Tuesday in the UN headquarters at Geneva.

"Most of those displaced are ethnic Tatars," Edwards said.

"At least a third of the these displaced are children," he added.

Most of the IDP families inside the country are moving to central and western Ukraine, UNHCR noted.
Last Update: May 20, 2014 5:35 pm
RELATED TOPICS