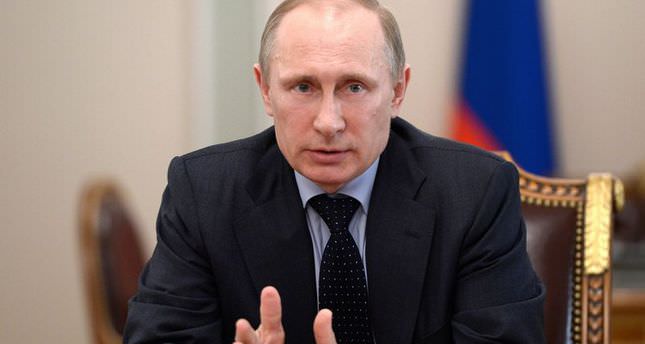 by May 21, 2014 12:00 am
MOSCOW — Russian said on Wednesday that troops deployed for exercises near the Ukrainian border had now dismantled equipment and were moving to train stations and airfields for return to their permanent bases, but NATO said it saw no sign of a pullout.

The Kremlin said on Monday that President Vladimir Putin had told his defense chief to order troops to pull back from the frontier with Ukraine, where eastern regions have fallen largely under the control of pro-Russian rebels.

After spending a day dismantling field camps, packing and preparing military vehicles, forces in the Rostov, Belgorod and Bryansk provinces "have begun to move toward train stations and airfields", the Defense Ministry said in a statement.

It said troops were returning to their permanent bases, but did not specify how many troops were leaving the border provinces and made no mention of two other provinces that border eastern Ukraine.

A withdrawal, easing any immediate Western fears of a Russian intervention, could ease tension before Sunday's presidential election in Ukraine. The United States and EU hope the vote will strengthen the central government in Kiev, which is fighting pro-Moscow separatists in the east.

NATO has said Russia had amassed some 40,000 troops near the border, adding to tension between Moscow and the West over upheaval in Ukraine and Russia's annexation of its Crimea region. Relations have hit a post-Cold War low.

A NATO military officer in Brussels said the alliance had still not seen any sign of a troop withdrawal from the Ukrainian border.

Putin has reserved the right to send the military into Ukraine to protect Russian-speakers who dominate in the east.

Russia's Rostov province borders the Ukrainian regions of Donetsk and Luhansk, where pro-Russian separatists have seized government buildings in several cities and held referendums on secession this month. Rebel leaders say some 80 percent voted for a break with Kiev.

Pentagon spokesman Rear Admiral John Kirby said on Tuesday Washington had seen very small unit movements to and from the border area but would like to see the "departure of significant numbers of troops back to their home bases".

"President Putin said he's ordered them back to their home bases, which to us means a wholesale withdrawal of all the forces that are readied on the Ukrainian border. We have not seen that yet," Kirby told reporters.