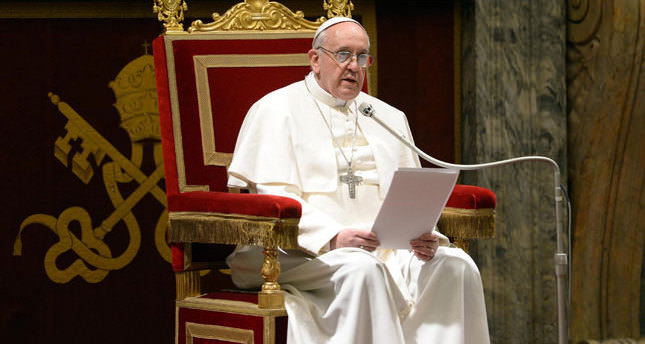 by May 25, 2014 12:00 am
Ramallah/Jerusalem — Palestinian President Mahmoud Abbas has accepted Pope Francis' invitation to hold a three-way parley with his Israeli counterpart, Shimon Peres, at the Vatican, Abbas' office in Ramallah confirmed.

Peres' office also confirmed the Israeli president, whose duties are largely ceremonial, had accepted the invite, which comes one month after formal Israeli-Palestinian peace negotiations collapsed.

No date has yet been set, but the meeting is expected soon, as Peres' term ends on June 13.