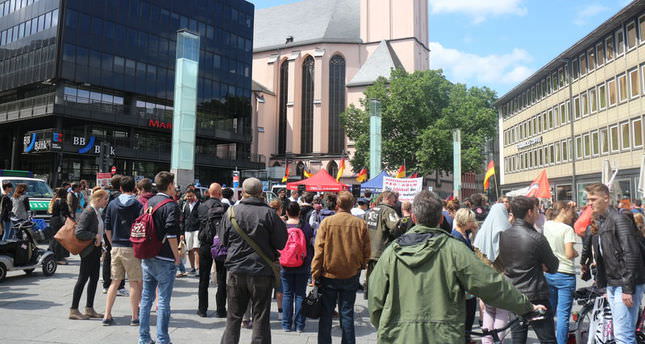 by Daily Sabah May 25, 2014 12:00 am
COLOGNE — German police informed that the protests proceeded in a peaceful manner ahead of Turkish Prime Minister Recep Tayyip Erdoğan's address on Saturday at Lanxess Arena.

In a written statement, police mentioned that from time to time police intervened with protesters when they resorted to extreme acts. Four members of The far-nationalist group 'Pro NRW' were taken into custody for vandalism and bodily injuries.

One person was detained over carrying placards that depicted Erdoğan's image with National Socialism marks.