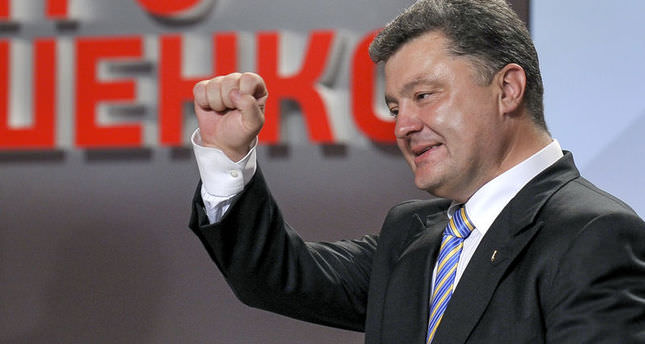 by AA May 26, 2014 12:00 am
KIEV, Ukraine — Billionaire Petro Poroshenko took lead in Ukraine presidential election with 55.9% of votes, according to first election results released by the Kiev International Sociology Institute and the Razumkov Ukrainian Centre for Economic and Political Research.

The results showed that Poroshenko's rival, former prime minister Yulia Tymoshenko, was in second place with just over 12.9 percent of votes.

Officials said more than 3,500 international observers monitored the elections and about 90,000 security officers guaranteed security during the voting, a bid to restore peace following the political crisis that followed the ouster of president Viktor Yanukovych.

Tatars in the Russian-annexed peninsula of Crimea, which has a total of 1 million, went to polls located in Kherson region which is under control of Ukraine's government.

The exact results will be announced Monday evening. If results are confirmed Monday, there will be no need for a runoff vote on June 15.