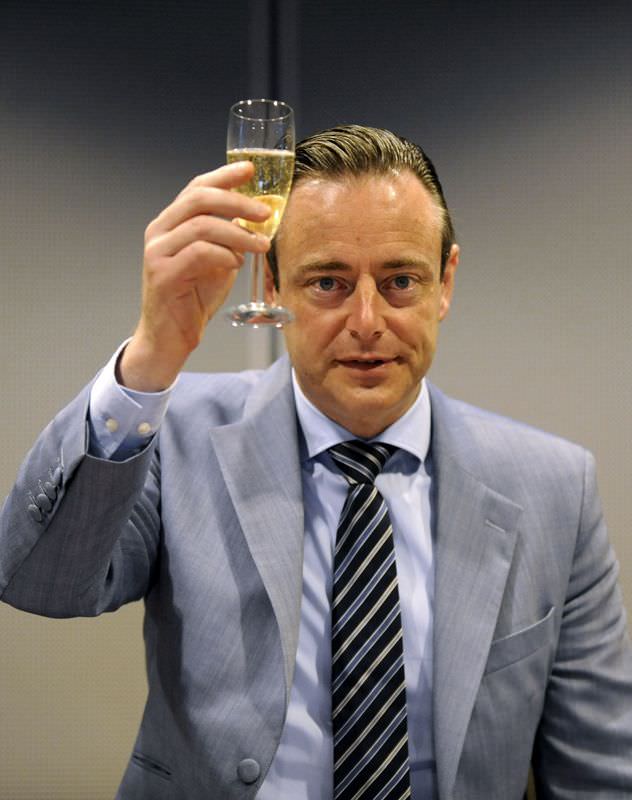 by Anadolu Agency May 27, 2014 12:00 am
BRUSSELS — Belgium's King Philippe appointed Flemish separatist leader Bart De Wever on Tuesday to lead talks to form a government although his chances of getting French-speaking parties to work with him look limited.

De Wever's N-VA was the big winner in a parliamentary election on Sunday, securing a third of the vote in the Dutch-speaking region of Flanders, which the party ultimately wants to break free from Belgium.

"The king has charged him with assessing under what circumstances a government can be formed quickly. Mr. De Wever has accepted this task," a statement from Belgium's royal palace said.

The N-VA was already Belgium's strongest party after the 2010 election, but its demand to devolve more powers to Belgium's regions led to a record 18 months of deadlock and left it in opposition.

It would need to convince at least two parties in French-speaking Wallonia in the south to join it.

The king did not actually ask De Wever to form a government, but his role will be to see what coalition might work with him.

His N-VA is Belgium's largest political party, with 33 of the 150 seats in the lower house of parliament, making it logical that it should be asked first to lead coalition talks.

However, Belgium effectively holds two elections with separate French-speaking and Dutch-speaking parties appealing to different voters, meaning at least four parties, two from each side, are needed to form a governing coalition.

The N-VA has softened its tone on state reform, but its pledge to cut taxes and limit the time that unemployed people can draw full benefit would appear to rule out a partnership with the largest French-speaking party, the Socialists of outgoing Prime Minister Elio Di Rupo.

"I think the chance is small," said Carl Devos, politics professor at Ghent University, adding that De Wever could seek to join forces with Wallonia's liberals and Christian Democrats.

"They would of course be taking a big risk. They don't have a majority among French speakers and this would be an alliance with the enemy of Wallonia."

The king, who plays an influential part in government formation despite an otherwise largely ceremonial role, asked De Wever to report back on his progress in a week's time.