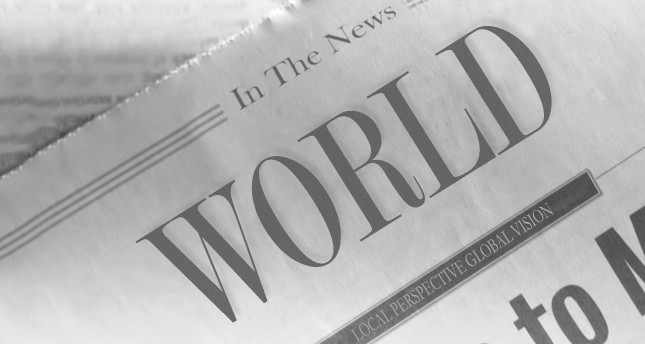 by May 27, 2014 12:00 am
ISTANBUL — According to a story published in the Turkish Milliyet newspaper, a newly released book in Germany exposes a state police and German intelligence cover-up operation of the National Socialist Underground (NSU) murders of eight Turks and one Greek.

The book referenced in the article, "Herman Schutz, the State and NSU Murders" was written by Stefan Aust, the author of the German bestseller "The Baader Meinhof Complex," who served as editor-in-chief of Der Spiegel between 1994 and 2008, and German investigative journalist Dirk Laabs.

According to Milliyet, the pages of "Herman Schutz, the State and NSU Murders" expose the Bundesnachrichtendienst's (BND) and the German police force's role in covering up information regarding a vehicle found containing the bodies of two NSU members and the gun used as the murder weapon in the racial murders committed by the NSU.

The book claims that local police and the BND were tracking the movements and actions of NSU members since 1996 as part of a neo-Nazi monitoring program starting in 1993.

In the book the author's claim that the BFV and local police found a vehicle containing the bodies of two NSU members as well as the murder weapon used in the racial killings on Nov. 4, 2011. Following the discovery the two organs operated to cover it up by claiming that their finding was unrelated to the racial murders.

The book further claims that the BND went on to destroy 300 documents relating to their monitoring program within one year of the discovery.

The authors of the book claim that they acquired the information used to form the thesis of the book after examining 37 documents and coming across six names that are in question in the ongoing NSU investigation.