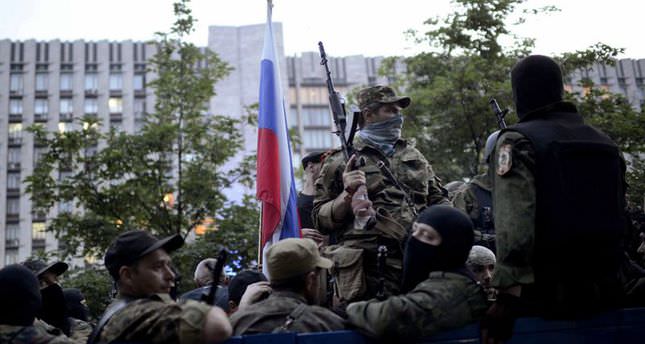 by May 30, 2014 12:00 am
DONETSK, Ukraine — Pro-Russian separatists shot down a Ukrainian army helicopter on Thursday, killing 14 soldiers including a general, as government forces pressed ahead with an offensive to crush rebellions in the east swiftly following the election of a new president.

After weeks of accusations from Kiev of Russian involvement in the uprising, a rebel leader in the eastern city of Donetsk acknowledged that some of his fighters who died in the government offensive had been "volunteers" from Russia, saying their bodies were being returned across the border.

In Kiev, outgoing acting president Oleksander Turchinov said the helicopter, which had been carrying supplies in eastern Ukraine, had been brought down by anti-aircraft fire from near the town of Slaviansk, which has been under the control of separatists since early April.

It was one of the heaviest losses suffered by the army during two months of separatist unrest, and followed a fierce assault by government forces in which 50 or so rebels were killed earlier this week.