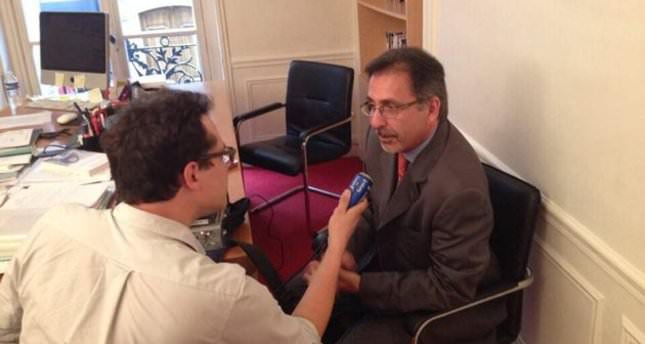 by Daily Sabah Jun 02, 2014 12:00 am
PARIS — Jahan Shah Bakhtiar admitted he worked for the US and Israeli intelligence services in his book "Moi, Iranian , espion de la CIA et du Mossad " (I , Iranian , agent of the CIA and Mossad). His father, Shapur Bakhtiar, Iranian ex PM of Mohammad Shah Reza Pahlavi era, being murdered by Ali Vakili Rad in 1991, Iranian secret agent, he summarized the cause of confession as "revenge".

Started spying at the age of 40

Answering the questions of Europe 1, a French radio station, Bakhtiar, son of Shapur Bakhtiar, Iranian ex PM of Mohammad Shah Reza Pahlavi era, spoke about his role in the secret war which took place between the United States, Israel and Iran, said he decided to contact with and work for the CIA in order to harm the Iranian government. He confessed that he had collaborated with both the CIA and MOSSAD to harm Iran's nuclear program. Bakhtiar also dropped a hint about being informed in advance, about the murder of some Iranian physicists.