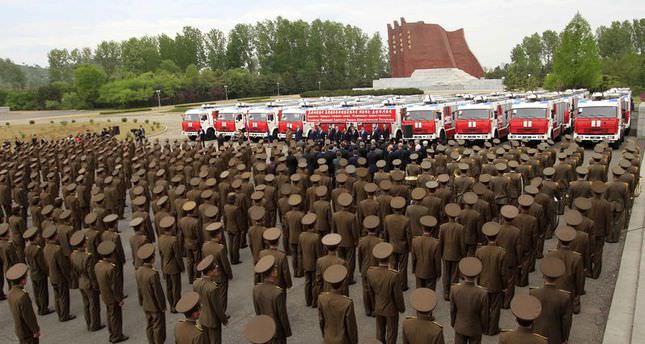 by Associated Press Jun 04, 2014 12:00 am
TOKYO — Angry with the West's response over Ukraine and eager to diversify its options, Russia is moving rapidly to bolster ties with North Korea in a diplomatic nose-thumbing that could complicate the U.S.-led effort to squeeze Pyongyang into giving up its nuclear weapons program.

Russia's proactive strategy in Asia, which also involves cozying up to China and has been dubbed "Putin's Pivot," began years ago as Moscow's answer to Washington's much-touted alliance-building and rebalancing of its military forces in the Pacific. But it has gained a new sense of urgency since Ukraine and Pyongyang is already getting a big windfall.

Moscow's overtures to North Korea reflect both a defensive distancing from the EU and Washington because of their sanctions over Ukraine and a broader, long-term effort by Russia to strengthen its hand in Asia by building political alliances, expanding energy exports and developing Russian regions in Siberia and the Far East.

"By strengthening its relationship with North Korea, Russia is trying to enhance its bargaining position vis-a-vis the United States and Japan," said Narushige Michishita, a North Korea and Asia security expert at Japan's National Graduate Institute for Policy Studies. Michishita added that showing Washington he will not be cowed by the sanctions was "one of the most important factors" why Putin is wooing Pyongyang now.
Michishita noted that the same day the United Nation's General Assembly passed a resolution condemning Russia's annexation of Crimea, Russia and North Korea were busy signing an economic trade cooperation pact.
The warming began around July last year, but it has accelerated as Moscow's antagonism with the West has grown. Moscow sent a relatively low-ranking representative to the 60th anniversary of the end of fighting in the Korean War that month. But since then, it has hosted North Korea's head of state at the opening of the Olympic Games in Sochi and, in March, sent its minister in charge of Far East development to Pyongyang.
Last Update: Jun 04, 2014 11:08 am
RELATED TOPICS