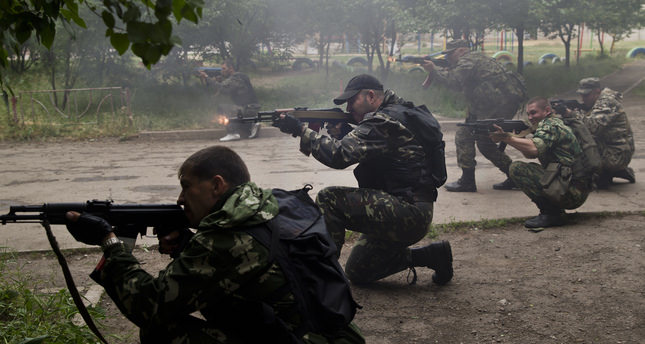 by Associated Press Jun 04, 2014 12:00 am
KIEV — Ukraine's National Guard says its forces abandoned a military outpost in the eastern city of Luhansk after running out of ammunition in a 10-hour battle with pro-Russian militants.

Officials said in a statement Wednesday morning that six militants were killed and three Ukrainian servicemen were injured in fighting overnight.

The fighting in Ukraine's east has escalated following the May 25 presidential election won by billionaire candy magnate Petro Poroshenko, with rebels launching an attack on a major airport and shooting down a government helicopter elsewhere.

On Monday, hundreds of insurgents armed with automatic weapons and rocket-propelled grenades mounted a daylong siege of a border guards base on the outskirts of Luhansk.
Last Update: Jun 04, 2014 10:05 am
RELATED TOPICS