London's tallest building, the Shard, evacuated due to fire 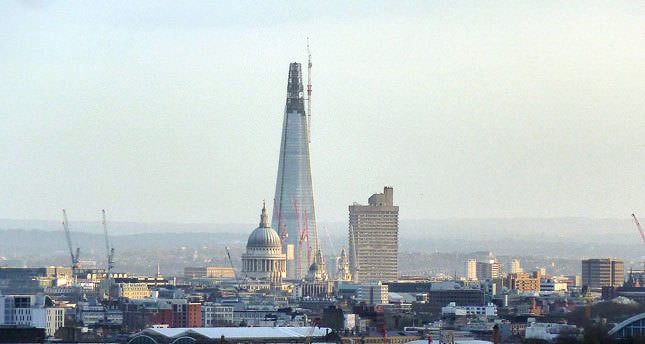 by Jun 05, 2014 12:00 am
LONDON — London's tallest building, the Shard, was evacuated on Thursday morning as firefighters investigated smoke coming from the basement of the 87-storey skyscraper, a fire brigade spokesman said. "We are investigating the source of smoke coming from the
basement. There is no suggestion at this time that it is an actual fire but the building has been evacuated as a caution," he said. The Shard, Europe's tallest skyscraper at 306 metres (1,004 feet), was built by Qatar's royal family. It was completed in 2012.