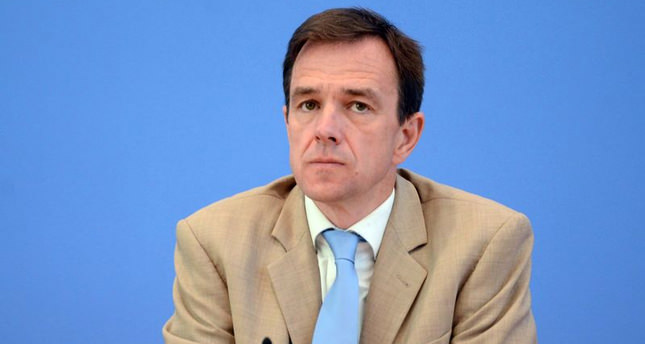 by AA Jun 07, 2014 12:00 am
BERLIN — The foreign ministers of Germany, Poland will meet their Russian counterpart next week in Saint Petersburg, said a German Foreign Ministry spokesperson.

Schaefer said the ministers had agreed to the meeting four months ago at a security conference in Munich. Still, the Ukrainian conflict is likely to monopolize discussions.

"Dialogue is important and talks, with the Russian government as well, are necessary to seek possibilities for a solution to the current crisis in Ukraine," he added.

The parties were trying to find a "constructive way" to solve the political crisis in Ukraine, he added.

Schaefer said that since 2009, the three foreign ministers have met each year in similar fashion.

Tensions remain high in eastern Ukraine where pro-Moscow separatists are clashing with government forces, as the country's newly-elected president, Petro Poroshenko, vowed "to ensure peace and stability" by retaining control in the eastern regions.