Ukraine's Poroshenko “Crimea is, was, and will always be, Ukrainian territory” 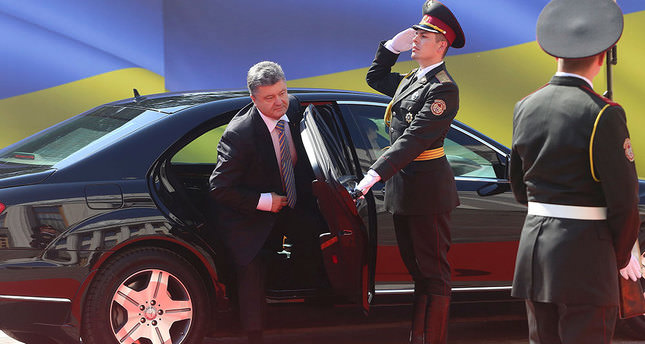 After being sworn in as Ukraine's new President, Petro Poroshenko spoke about Ukraine's terrirtorial integrity.

KIEV — Petro Poroshenko has been sworn-in as President of Ukraine, promising to preserve the country's unity after months of civil unrest.
Starting his inauguration speech in Kiev with the words "Glory to Ukraine" on Saturday, Poroshenko pledged to crush the separatist insurgency in the east.
He called on separatists to lay down their weapons and offered amnesty to those without "blood in their hands".
Tensions are running high in Ukraine's east as separatists in several regions have declared their intention to break away from Kiev, eyeing a repeat of the situation in Crimea which was annexed by Moscow after a referendum in March.
"Crimea is, was, and will always be, Ukrainian territory," Poroshenko said, reiterating that Ukraine would not give up the Black Sea peninsula.
Economic sanctions
He said he had stated his position "clearly" to Russian President Vladimir Putin in a meeting in Normandy during the D-Day celebrations on Friday.
Western countries have blamed Russia for instigating the conflict in Ukraine and supporting separatist groups, and have sought to punish Moscow by imposing economic sanctions following the annexation of Crimea.
The 48-year-old confectionery magnate's swearing-in ceremony was attended by dozens of foreign dignitaries including U.S. Vice President Joe Biden, European Council President Herman Van Rompuy and Turkey's Deputy Prime Minister Bülent Arınç.
Poroshenko scored a landslide victory in last month's presidential poll with 55.9 percent of the vote.
Last Update: Jun 08, 2014 4:25 pm
RELATED TOPICS