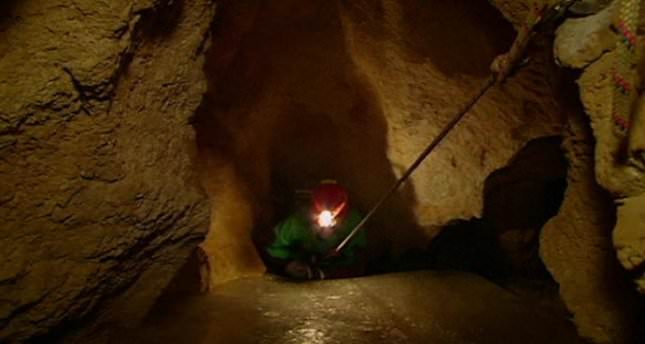 by Jun 10, 2014 12:00 am
BERLIN — Over 100 emergency workers struggled on Tuesday to rescue an injured man trapped after a rock fall in a 1,000 metre-deep cave in southern Germany in an operation that could take days or weeks to bring him out.

The 52-year old man, one of the researchers who discovered the cave, suffered injuries to his head and chest in a rock fall early on Sunday and cannot climb back to the surface on his own as the ascent involves steep shafts and narrow tunnels.

Riesending cave - the name means "massive thing" - is the deepest cave system in Germany, with tunnels, shafts and caves extending over 19.2 kilometres. One rescue official told German television it was one of the most difficult caves in Europe.

Located near Bavaria's border with Austria, it is 1,148 metres deep and it took one of the man's companions 12 hours to climb out and call for help. The other stayed with the researcher until the first rescue teams arrived.

A specialised Swiss cave rescue team was on its way down to bring back Johann Westhauser after other rescuers including an Austrian doctor had made their way down earlier. Communication so far has been limited to a telephone line 350 metres deep, but there are plans to install communications links deeper down.

"He is responsive but he is not well," German media quoted a rescue official as saying.

Rescue teams initially expected it would take weeks to recover the man from the cave as he could not stand and the ascent involves steep, narrow, horizontal and vertical shafts.

On Tuesday, however, local media said the speleologist was now responsive and able to stand up for short periods of time, so the rescue could be completed by the end of the week.