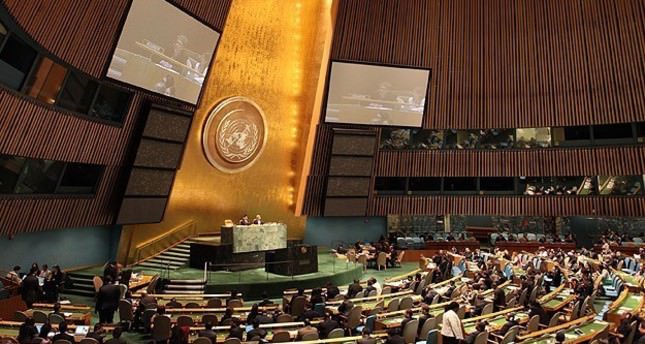 UN Presidential candidate Kutesa, Ugandan foreign minister since January 2005 and a MP of Ugandan Parliament, has been beset by controversy less than 24 hours before his election.

According to various western media reports, Kutesa is not deemed suitable for the post. His possible "implication in corruption scandals at home and his alleged role in the enactment of Uganda's new anti-gay law," was widely questioned and reported by U.S. based international media.

Dujarric said that the choice of the "soon-to-be President-elect of the General Assembly," is made only by member states, and the UN Secretary General will not interfere in this process.

Dujariic also addressed the UN's chief Ban Ki-moon's position on Uganda's views on lesbian, gay, bisexual and transgender (LGBT) population stressing that he has been very vocal in raising the issue with heads of states in various countries. He said Ban has spoken out "very forcefully over the past years on the need to ensure that LGBT people enjoy the same human rights and the same protection and rule of law as anyone else."

On Tuesday, two U.S. senators from New York, who are strongly against the incoming UNGA president Kutesa, instigated an online petition which has reportedly more than 9,000 signatures. They have allegedly requested both John Kerry, U.S. Secretary of State and Barack Obama block the Ugandan foreign minister becoming the new head of the UN General Assembly.

This year the election is due to take place three days earlier than normal - the outgoing president John Ashe of Antigua and Barbuda was elected on June 14, last year. 21 vice-presidents of the 69th UNGA session will also be elected on Wednesday.

If confirmed by the 193 member states of the UN General Assembly, Kutesa will formally assume the one-year presidency in the third week of September.