Ukraine ready for talks if pro-Russia rebels lay down arms 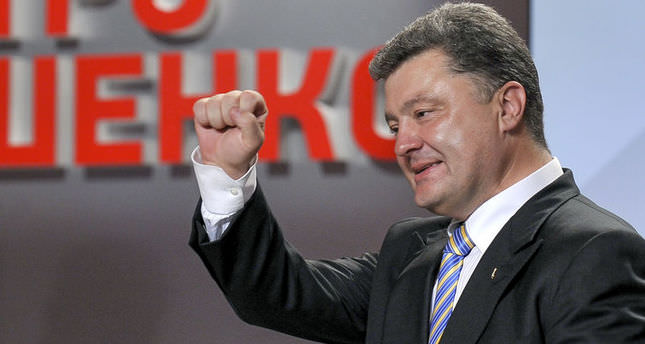 by Jun 12, 2014 12:00 am
Ukraine's new president signaled on Wednesday he would be ready to hold talks with opponents in eastern Ukraine if pro-Russian separatists waging an insurgency there agreed to lay down their weapons.

The rebels show no sign of giving up their arms, but opening talks would be a big step on the road to peace, building on Ukrainian President Petro Poroshenko's meetings this week with Moscow's envoy and with Russian President Vladimir Putin in France last week.

Poroshenko, trying to act swiftly after being sworn in as president on Saturday, was quoted by his press office as telling the governor of the Donetsk region of east Ukraine that he would not rule out holding "roundtable" talks with "different parties".

"We do not need negotiations for the sake of negotiations. Our peace plan must become the basis for further de-escalation of the conflict," a statement on the president's website quoted Poroshenko as saying at a meeting with Governor Serhiy Taruta.

He added: "Terrorists must lay down their weapons."

Donetsk is at the heart of the rebellion by separatists who oppose centralized rule from the national capital, Kiev, and want Russia to annex parts of the mainly Russian-speaking east - as it did the Black Sea peninsula of Crimea in March.