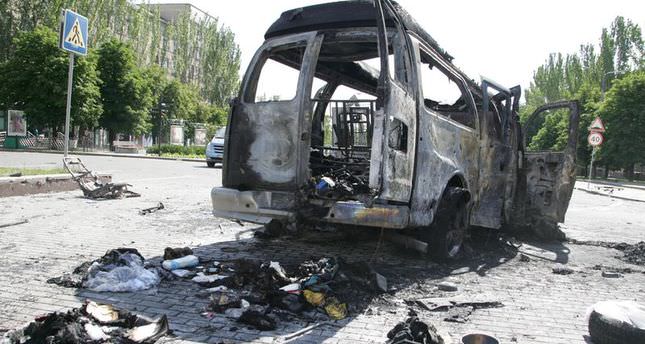 by AA Jun 13, 2014 12:00 am
Two people died and one was wounded, in a bomb attack on a vehicle belonging to Denis Pushilin, the head of the self-proclaimed Donetsk People's Republic, according to officials in Donetsk.

The attack occurred in front of a government building controlled by pro-Russian separatists Thursday, officials said.

It was claimed that Pushilin was not inside the vehicle at the time of the blast and two dead bodies belonged to his body guards.