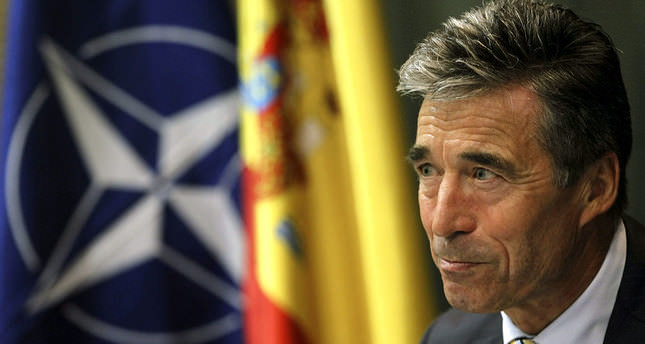 by Anka News Agency Jun 14, 2014 12:00 am
Secretary General of NATO Anders Fogh Rasmussen's date of his visit to Turkey has been announced.

According to the statement from NATO, Rasmussen will be visiting Ankara on Sunday and Monday, June 15-16. Rasmussen will meet with President Abdullah Gül, Prime Minister Recep Tayyip Erdoğan and Foreign Minister Ahmet Davutoğlu along with National Defense Minister Ismet Yılmaz.

Rasmussen and Foreign Minister Davutoğlu will be holding press conference on June 16.