Russian tanks being given to Ukrainian rebels 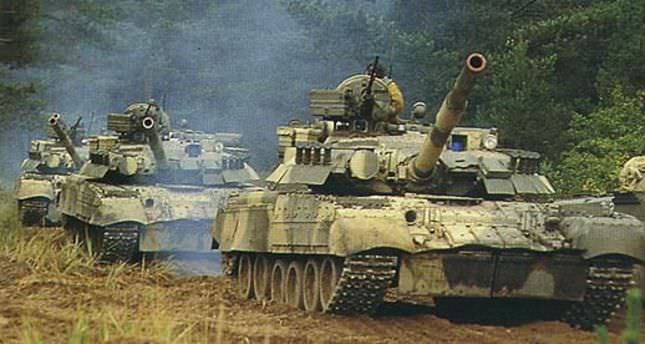 by Jun 14, 2014 12:00 am
Canada expressed alarm on Friday at reports of Russian tanks entering eastern Ukraine, and Prime Minister Stephen Harper discussed the troubles in Ukraine as well as in Iraq with U.S. President Barack Obama.

"Canada is deeply concerned by reports that Russian tanks and other military vehicles may have crossed the border into eastern Ukraine. If confirmed, these are reckless actions that threaten regional and global peace," said Jason MacDonald, Harper's chief spokesman.

In a separate statement, MacDonald related Harper's conversation with Obama, saying: "The leaders exchanged views on the developments in Iraq and discussed the events that have been taking shape over the past days in Ukraine. They agreed to continue to stay in touch on these issues."

Ukraine accused Russia on Thursday of allowing separatist rebels to bring three tanks and other military vehicles across the border into the east of the country to fight the Ukrainian army.

Reuters correspondents confirmed that the rebels have added tanks to their arsenal in east Ukraine, but have not been able to verify where they came from. The rebels say they came from a Ukrainian military stockpile.

Meanwhile, in Iraq, government security forces have folded in the face of a lightning advance by insurgents who appear to be headed toward Baghdad.