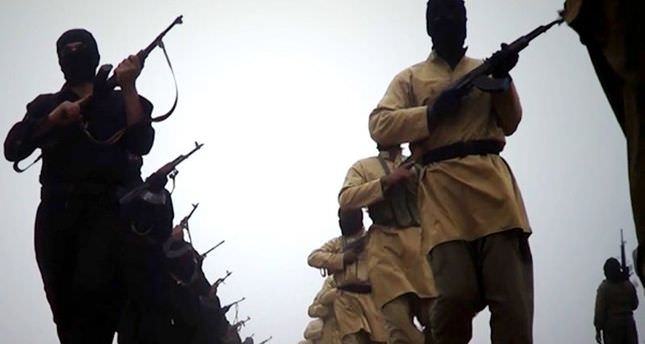 by AA Jun 16, 2014 12:00 am
BERLIN — A French national, who is an alleged member of the Islamic State of Iraq and the Levant (ISIS), has been arrested by the German federal police, German daily Frankfurter Allgemeine Zeitung reported on Sunday.


The man who fought for the jihadist group in Syria was picked up at Berlin Tegel Airport after flying in from Istanbul. The 31-year-old is a dual citizen of France and Algeria, the daily said.
The daily reported that the man was injured while fighting in Syria and had posted several photos of himself on Islamic extremist websites along with a note that he would be returning to France.
The man was referred to the federal prosecutor's office on charges of recruiting other fighters or conspiring to carry out an attack.
The Federal Prosecutor is expected to decide if he will be returned to France, the German daily said.
The arrest comes amid mounting concerns in Europe about the security threat posed by Islamic extremists returning after fighting in war-torn Syria.
Two other ISIS militants were arrested in Frankfurt and Stuttgart last week after flying in from Istanbul. One of the suspects was released after questioning while the other was arrested by the German federal police.
On Saturday, France announced that it deported a Tunisian suspected of recruiting young jihadists to join the war in Syria.
Last Update: Jun 16, 2014 11:31 am
RELATED TOPICS