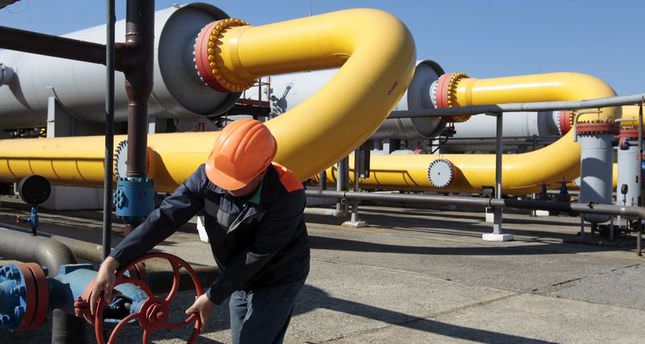 by Jun 17, 2014 12:00 am
An explosion on Tuesday rocked the main pipeline carrying Russian natural gas to the rest of Europe but a source at Russian gas producer Gazprom said the blast in central Ukraine has not disrupted the gas flow.

"At 14.20 (1120 GMT) we received information about an explosion on the pipeline in a field between two small villages," a police spokeswoman in the central Ukrainian region of Poltava said by telephone.

"Action to put out the fire is coming to an end," she said, adding that there were no casualties.

Police said the affected pipeline was the Urengoy–Pomary–Uzhgorod, a major supply route for gas being transported through Ukraine to the European Union.

"We cannot say anything at the moment, because it is an area of responsibility of Ukrtransgaz (Ukraine's state gas transport monopoly)," Gazprom spokesman Sergei Kupriyanov said.

But a Gazprom source said: "Exports have not been cut. There is a parallel pipeline."

The pipeline is an area that is far from the violence that has rocked east Ukraine, where pro-Russian separatists have risen up against central rule. Russia has cut off Ukraine's gas supplies in a pricing dispute but Kiev has said it will keep gas flowing to the rest of Europe.