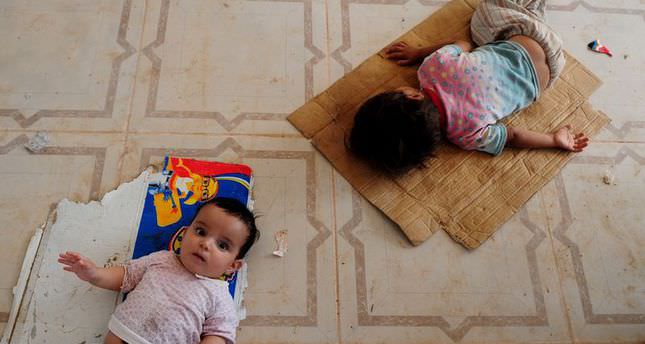 by Jun 20, 2014 12:00 am
More than 50 million people were forcibly uprooted worldwide at the end of last year, the highest level since after World War Two, as people fled crises from Syria to South Sudan, the U.N. refugee agency said on Friday.

Half are children, many of them caught up in conflicts or persecution that world powers have been unable to prevent or end, UNHCR said in its annual Global Trends report.

"We are really facing a quantum leap, an enormous increase of forced displacement in our world," U.N. High Commissioner for Refugees Antonio Guterres told a news briefing.

In all, nearly 3 million Syrians have crossed into neighbouring Lebanon, Turkey, Iraq and Jordan, while another 6.5 million remain displaced within Syria's borders.

"We are seeing here the immense costs of not ending war, of failing to resolve or prevent conflict," Guterres said. "We see the Security Council paralysed in many crucial crises around the world."

Conflicts that erupted this year in Central African Republic, Ukraine and Iraq are driving more families from their homes, he said, raising fears of a mass exodus of Iraqi refugees.