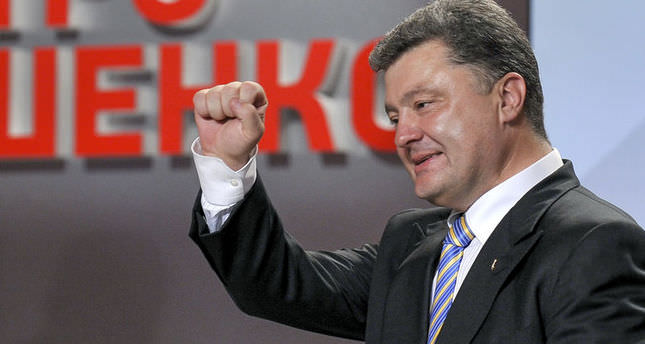 by AA Jun 20, 2014 12:00 am
Crisis-hit Ukraine will sign a partnership agreement with the European Union on June 27, the country's President Petro Poroshenko said in a statement Thursday.

Poroshenko said he would conclude the agreement, to which several pre-agreements had already been signed by the country's interim Prime Minister Arseniy Yatsenyuk.

The agreement will pave way for closer ties between Ukraine and the EU, which will possibly draw a reaction from pro-Russian citizens in the country.

The Ukrainian crisis began in November 2013 when ousted former president Viktor Yanukovych announced the abandonment of a trade agreement with EU and chose to pursue closer ties with Russia.

Yatsenyuk signed the agreement as a reaction to Russia's annexation of the southern autonomous Crimea region in a March referendum.