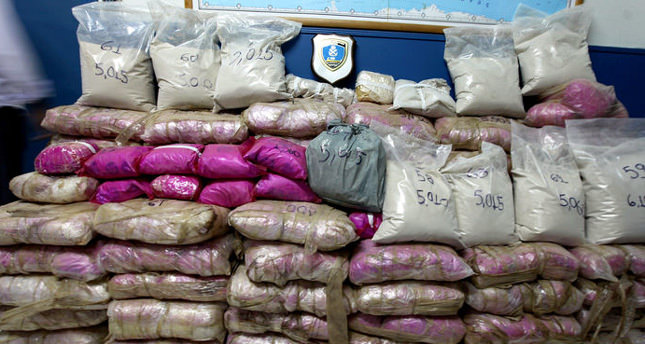 by AA Jun 22, 2014 12:00 am
Greek coastguards seized 986 kilos and 600 grams of heroin in capital city Athens and close by Piraeus situated in its Attiki region, said Greek media resources on Sunday.

The heroin was arrested on a foreign registered ship named the "Noor-1" while heading to Elefsina port and then off to Koropi to be stored.
Two people have been reported to be arrested during the narcotics operation.

11 people were arrested earlier in a joint operation performed by Greek security forces and the U.S narcotics seizing 133 kilos of illegal drugs.