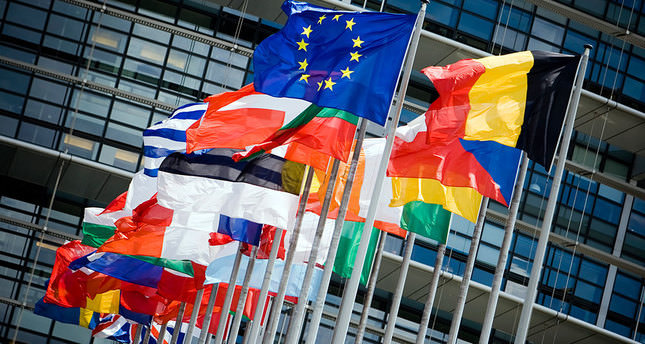 by Daily Sabah Jun 23, 2014 12:00 am
In view of the gravity of the situation in Syria, the Council of European Union reinforced EU restrictive measures against the Syrian regime on Monday by deciding to target 12 ministers of the Syrian government with an asset freeze and a travel ban, given their responsibility for serious human rights violations.

"Today's decision brings the total of persons subject to EU restrictions to 191. At the same time, 53 entities linked to the repressive policies, including the Central Bank of Syria, remain under an EU asset freeze," the council stated in a press release on its official website.

The statement added that the legal acts, including the names of the designated persons, will be published in Tuesday's EU Official Journal and will enter into force at the same time.